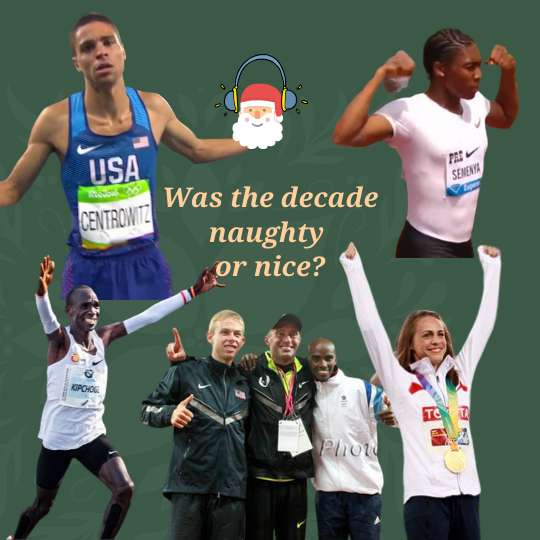 Naughty or nice? A crazy decade of running and track and field is in the books.

The end of the year and decade is here and the LetsRun.com crew pays its respects to a crazy decade in the running world.

LetsRun.com announces its men’s and women’s runners of the decade: Eliud Kipchoge and Caster Semenya and US distance runners of decade Matthew Centrowitz and Jenny Simpson.

Looking for a great race this winter? Run the Publix Atlanta Marathon, Half, 5k, the day after the Olympic Marathon Trials in Atlanta. More details here.

Looking for a better pair of running shoes at a better price? We’ve got you covered here. https://www.letsrun.com/shoes